Is guerrilla marketing going to be the winning strategy of 2021? 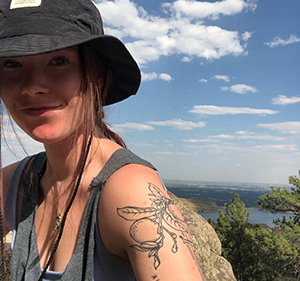 With the end of COVID on the horizon (knock on wood) and things slowly heading in the right direction (throw salt over your shoulder), it only makes sense that people will be out on the town, and your marketing is going to want to be there, too. This is called guerrilla marketing: an unconventional approach to your strategy that’s cost effective, and a lot of the time, it’s outside (though not always - more on that later).

What exactly is guerrilla marketing?

According to Oxford Languages, it’s “innovative, unconventional, and low-cost marketing techniques aimed at obtaining maximum exposure for a product.” It’s best understood with some good examples, so here’s a fun one: Frontline’s airport ad. 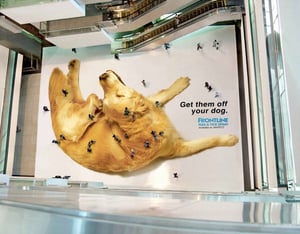 This clever ad takes full advantage of the airport traffic and high vantage point of the multiple floors. This one ad will probably see more eyes in one day than most ads will in their lifetime. Plus it’s interactive; fun!

These types of ads also exist in the digital world, too. An iconic example is The Blair Witch Project. The idea of the movie and its’ marketing campaign was that it was all real found footage from a student project where they try to track down urban legend, the blair witch. Things don’t go as planned, someone goes missing, and the footage is recovered and shared ten years later via The Blair Witch Project. They went as far as creating missing person flyers, a website (check it out), message boards, a print ad, and more. The return on investment (ROI)? From site-seeker, “Produced on a shoestring budget of around $25,000, the movie went on to earn almost 10,000 times that amount ($250 million)! It’s the sixth highest grossing independent film, and is the second most successful film of all time in terms of profit.”

Be wary though; guerrilla marketing is more than just a viral or clever marketing campaign. One of my favorite ways to sum it up comes from this quote by Professor Michael Serazio: “Guerrilla Marketing is an act of disguise. It’s an effort to advertise to people who don’t feel like consuming adverts.”

Why guerrilla marketing in 2021?

I work in marketing, not finance, so my understanding of what the stock market looks like right now can be summed up as such: been better. The hallmark of a good guerrilla marketing campaign is it’s low-cost, high-reward nature, which is exactly what most businesses need right now.

While Selling Sunset isn’t the most accurate source for a day in the life of a real estate agent, they are good for one thing: some guerrilla marketing examples! Namely, Christine Quinn’s Burgers and Botox Open House. This is a pretty niche idea that is perfect to appeal to her high-price-tag L.A. clients, and ensures that the right type of people are showing up to her open house. Stereotypically speaking, those that are willing to show up somewhere for free botox are probably more likely to drop extra money on a house in the hills with a big ‘ol pool and wine fridge. Of course, this may not speak to your audience, but chances are high that there’s something you can offer that other agent’s won’t.

For example, if you’re an agent in the Boulder, CO area, you’re probably well aware of the BOLDERBoulder 5k that traditionally takes place over Memorial Weekend. It’s widely-attended by both those who are ready to run their hearts out and those who are just there for a good time, but all of the above are going to need a protein bar or a water bottle at some point in the race. If you’re stacked with Open House’s the preceding few weekends, throw in a water bottle with your info on it, or even put together a little goodie bag with things like Quench Gum or Nature Valley bars. When your prospective client is struggling to make it to the finish line, they’ll be thanking you as they pull out that water bottle and snack.

If you’re interested in some more guerrilla marketing ideas, this is a great compilation of the 100 Best Guerrilla Marketing Campaigns.